Covid and the mental health crisis among new mums

Covid and the mental health crisis among new mums 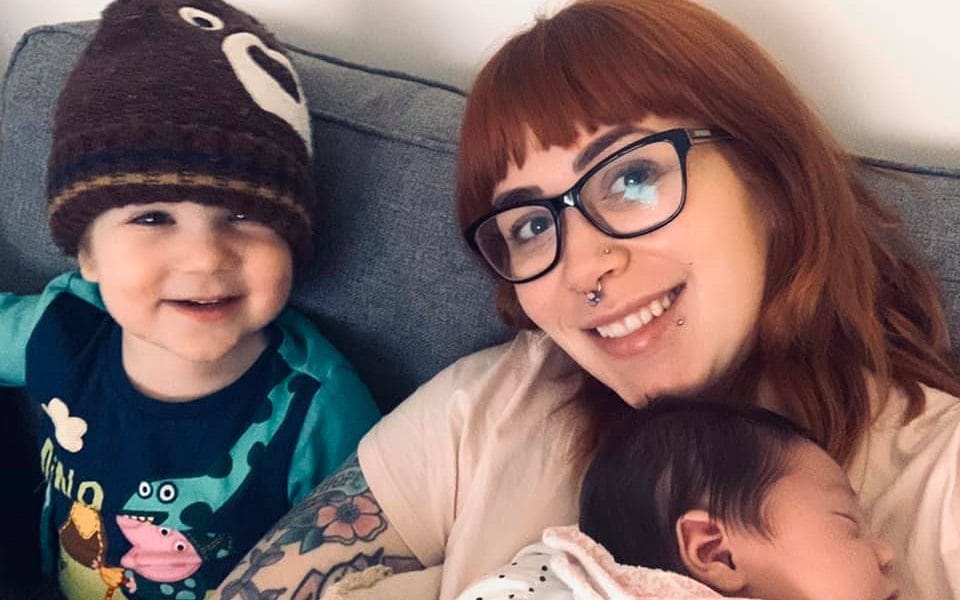 Ayden Duthie’s baby Juno is four months old but is yet to meet anyone bar her parents and one grandmother. She has not been taken out for walks, to meet-ups with other new babies or even to her local GP clinic. Juno is a baby born in lockdown – and her mother Ayden is naturally worried about the effects of this lack of socialisation.

But while 31-year-old Ayden, an Art Director for TV and film, worries over Juno, her husband Pete, also 31, who owns a coffee shop in Glasgow, worries about her. When Ayden had the couple’s first child Reuben, now two, she suffered post-natal depression (PND); having another baby at any time would risk a recurrence – let alone now.

“There have been a couple of wobbles,” she says, cautiously, “It has been a hard time for everyone.”

The Duke and Duchess of Cambridge's Royal Foundation has gathered information from half a million people in the UK on bringing up children under the age of five.  It found that 63% of parents of young children reported feelings of loneliness, compared to 38% before the pandemic.

Many pregnant women felt isolated and unable to access services. In the first Lockdown many women were asked to go to baby scans without their partners. Some unlucky new mums were unable to have even their partners present during the birth - such was the concern over the potential spread of the virus during March when the crisis was at its peak.

Following guidance at the end of March, from the Royal College of Midwives and the Royal College of Obstetricians and Gynaecologists, NHS Trusts did agree to let mothers have one birthing partner present – but doulas have had to work virtually and maternity staff has been kept to a minimum.

No wonder then, the number of women reporting signs of PND – such as feelings of sadness or being uninterested in things, an inability to relate to the baby, feelings of harm, even thoughts of suicide – has tripled in lockdown from an estimated 15 per cent to 41 per cent, according to researchers at the University of Alberta in Canada.

Anxiety has also more than doubled, increasing from 29 per cent to 72 per cent, the research published in the journal Frontiers in Global Women's Health showed.

The research highlighted that many women were not able to get exercise which would help them feel better. This chimes with a study by MUTU – a digital postpartum and pregnancy support programme which helps women exercise safely, particularly core and pelvic floor areas.

MUTU found that 64 per cent of pregnant women and new mothers reported reduced physical activity with the onset of isolation measures. Wendy Powell, MUTU founder, says: “All those things like postnatal groups or the chance to pop into the GPs are just not there.”

She points out “Covid doesn’t create PND but it exacerbates the sort of situation which makes it worse. And natural hormonal activity adds to the anxiety too.”

Meanwhile, new research from baby club Aptaclub highlights that the majority of new mums have experienced some form of anxiety (54pc), loneliness (50pc) or felt scared (36pc) due to being alone during key pregnancy moments such as scans, appointments, the birth or hospital stays.

The situation is causing concern to maternity teams and midwives with researchers at University College London Hospital (UCLH) calling for pregnant women across the UK to take part in a CAP-COVID survey that aims to understand the impact of COVID-19 on pregnant women and their babies.

Midwife Amina Hatia who works both for the charity Tommy’s and in the NHS in north-west London, says she and her colleagues are aware that lockdown is influencing the mental health and wellbeing of new mothers.

“We’ve been conscious right from the start,’ says Hatia, “it’s been an incredibly worrying time for anyone pregnant or who has given birth.”

From the start, Hatia says, there has been support being put in place, like Tommy’s own “Your baby’s mum - A wellbeing plan” which encourages women to think about support services in postnatal period,

At her NHS Trust, an additional postnatal service - including a twilight service which is manned from 8pm- 6am – has been set up. “When problems start to occur and you haven’t slept for days, we can help you figure out what you are feeling.”

But there is no denying that at the height of the pandemic, all services were extremely restricted with post-natal visits scaled back and health visitors relying on conference calls.

As lockdown has lifted, Hatia says, there have been innovative ways of the service restarting. “There have been babies inspected on the doorstep,” she says.

Thirty-one-year-old Jelena Micunovic, who owns a digital marketing agency has been in baby lockdown in east London with her six-week old son Calllum and her husband Graham Skene, 33, a creative director.

Callum is the couple’s first baby and the couple missed all the physical antenatal classes, having to catch them online instead.

“It has been quite tricky basically,” she says. “I have felt lucky that I was at the end of my pregnancy rather than starting out – I knew I didn’t have long to go.

“But we have been completely isolated. You can do things online, but you can’t meet other new mums in the community. We have formed some groups around online pilates but it isn’t the same. I do feel I have missed out on quite a bit of support.”

Her lowest moments came before the birth when it was clear that she had few options – no home or water birth, and although her husband was present, there had been doubts there too. In the end Callum was born quickly, seven hours after she went into hospital and mother and child were allowed to go home the same day.

“The midwife came once afterwards but my husband wasn’t allowed in the same room and she was careful not to touch Callum too much.”

She has had two more calls since but says, “You want someone to look at your baby.  We were lucky nothing went wrong.”

Since then, she has focused on being positive: using the Biamother app for exercises - and a post-natal checkup for her.

Micunovic says she didn’t have any type of PND or even baby blues but was saddened that her mother, who lives in Croatia, has been unable to come over yet. “You never get that time back,” she says, although her husband’s parents have managed a socially distanced garden visit.

That’s something Ayden Duthie remembers from her first pregnancy: the importance of family support.