Digital Dating: How to Lock Down a Quarantine Cutie

Digital Dating: How to Lock Down a Quarantine Cutie 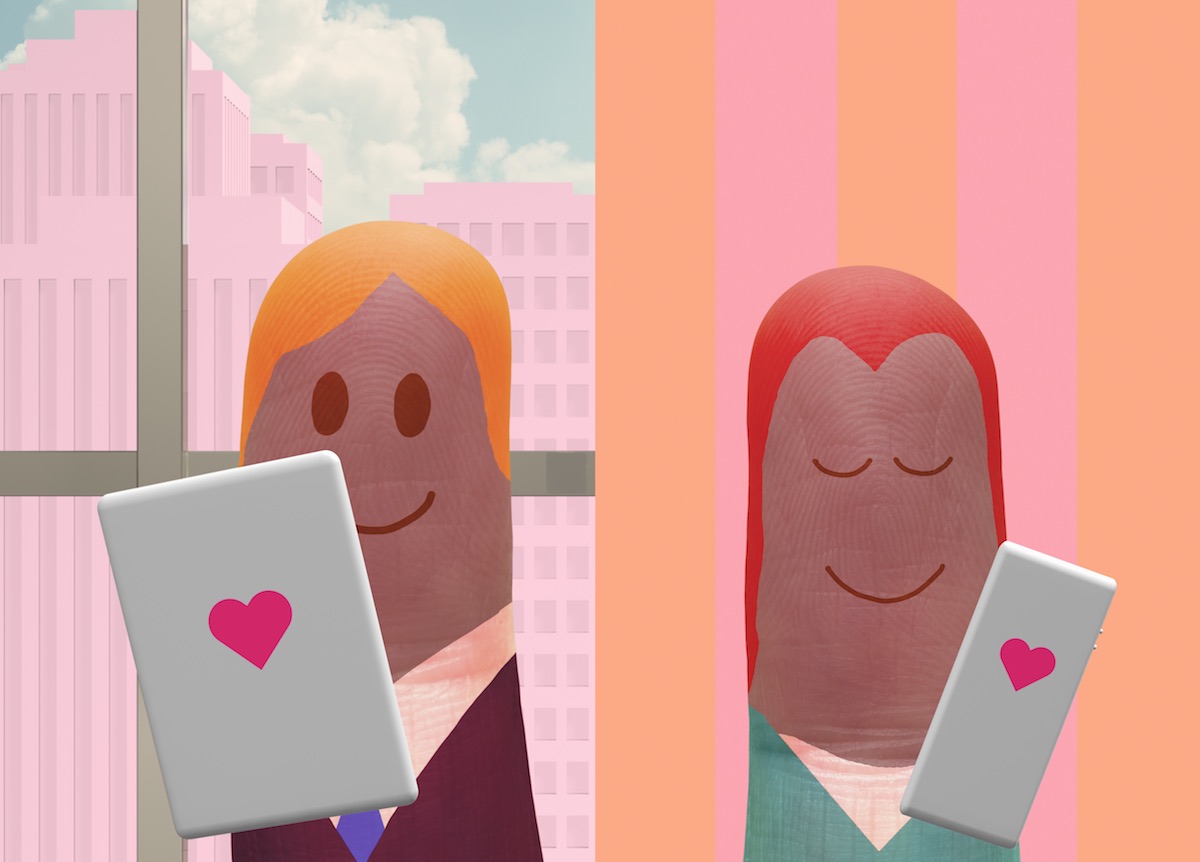 The start of 2020 was looking pretty good for 24-year-old Alexandra Rivas. In January, she matched with a guy on Bumble, and they went on their first date at a coffee shop in West Seattle. On their second date, he made a delicious dinner for her. Like come on, how can you not like a guy who cooks for you? But just as their relationship started getting more serious, they ran into a bit of a problem. The state of Washington went under lockdown.

“When we were told we were going to be in quarantine, we [decided] that we would face it headstrong,” Rivas said. “It’s been a little rough because I haven’t been able to physically see him.” But she’s found comfort in seeing her boyfriend virtually through FaceTime when they catch up on most nights.

Related: The Story Behind the Love is Quarantine Dating Service on Instagram

She even had a triple date on Zoom, in which she also introduced her friends to her boyfriend for the very first time. Although she felt nervous going into it since her friends have never met any of her significant others, it went really well. As everyone was talking, she snuck little peaks at him to try to see how he was doing. And after the call ended, they called to check in on how they both felt about it. During that same night, he even asked her to officially be his girlfriend.

“Having the opportunity to step back and actually talk to a person is the real benefit of quarantine,” Rivas said. “You’re going to have to build more of that emotional connection first because you won’t be able to see them physically.”

After weeks of being forced to shelter in place to stop the spread of the coronavirus, singles are flocking to apps, like Tinder, Hinge and Bumble, in need of some sort of social interaction — and eventually, maybe a little love. Even if it’s only through an app.

And while swiping on your phone can kill time, some people are actually going on dates — or should I say: getting out their laptop for virtual dates.

But let’s be honest, pre-quarantine dating was already such a struggle. It sometimes means being vulnerable to rejection and maintaining enough social stamina to keep a conversation going. So how can we possibly make dating work during a global health crisis?

Henry Tran, 20, seemed convinced that virtual dating would keep his boredom at bay, and signal to other available singles out there that he’s still on the market. He’s even giving his prospects a heads up in his Tinder profile: “Our dates will be on Zoom until further notice.”

So far he’s been on three Zoom dates, and he’s noticed how it’s somewhat awkward.

“You’re both just staring at each other like, ‘What should we do?’” he said. “My housemate was also having a Zoom date along with me, but on Club Penguin. And I was like ‘Man, that’s smart. Why didn’t I do that?’”

Virtual dating is not as easy as Tran expected and he says it’s really hard to make a real connection. For Tran, body language says a lot about how well things are going on a date. But reading someone’s body language on Zoom is virtually impossible.

“I actually deleted Tinder off my phone,” he said. “After the second date, I had a feeling I didn’t like [dating virtually]. I think it would have been better in person because you can read her body language. In person, you can see if they’re comfortable, or having a good time or wanna leave.”

But Rachel DeAlto, chief dating expert at Match.com, says virtual dating is hard for some, but expects the awkwardness will fade the longer we’re all quarantined. She cautions that even on Zoom, first impressions still matter. In other words, you still need to take a shower.

“This isn’t a time where you can show up in something really nasty looking,” she said. “Because you might not be able to smell through Zoom, but you can see when people look dirty.”

DeAlto also recommends doing activities to simulate a normal date, like watching a TV show or movie together with Netflix Party or using Houseparty to play games online.

So let’s face it, dating during a pandemic has its nuances. It can be super cringey just sitting in front of your laptop in silence on Zoom. Yet there are still some aspects that remain the same. Like how you’re still susceptible to getting hurt if it turns out someone you like doesn’t feel the same.

But there’s hope that maybe by the end of quarantine, you’ll be cuffed and happy with someone after subjecting yourself to this virtual dating world.

“You know, there’s always going to be the same dynamics that are in a typical dating situation,” DeAlto said. “We’re going to get ghosted — and sure you’ll be bummed for a while, but then you’ll get over it and get back out there. Kind of use this [time] as a vetting process to see who you really want to spend time with once everything is over.”