How rituals help athletes, and how they can help parents too

How rituals help athletes, and how they can help parents too 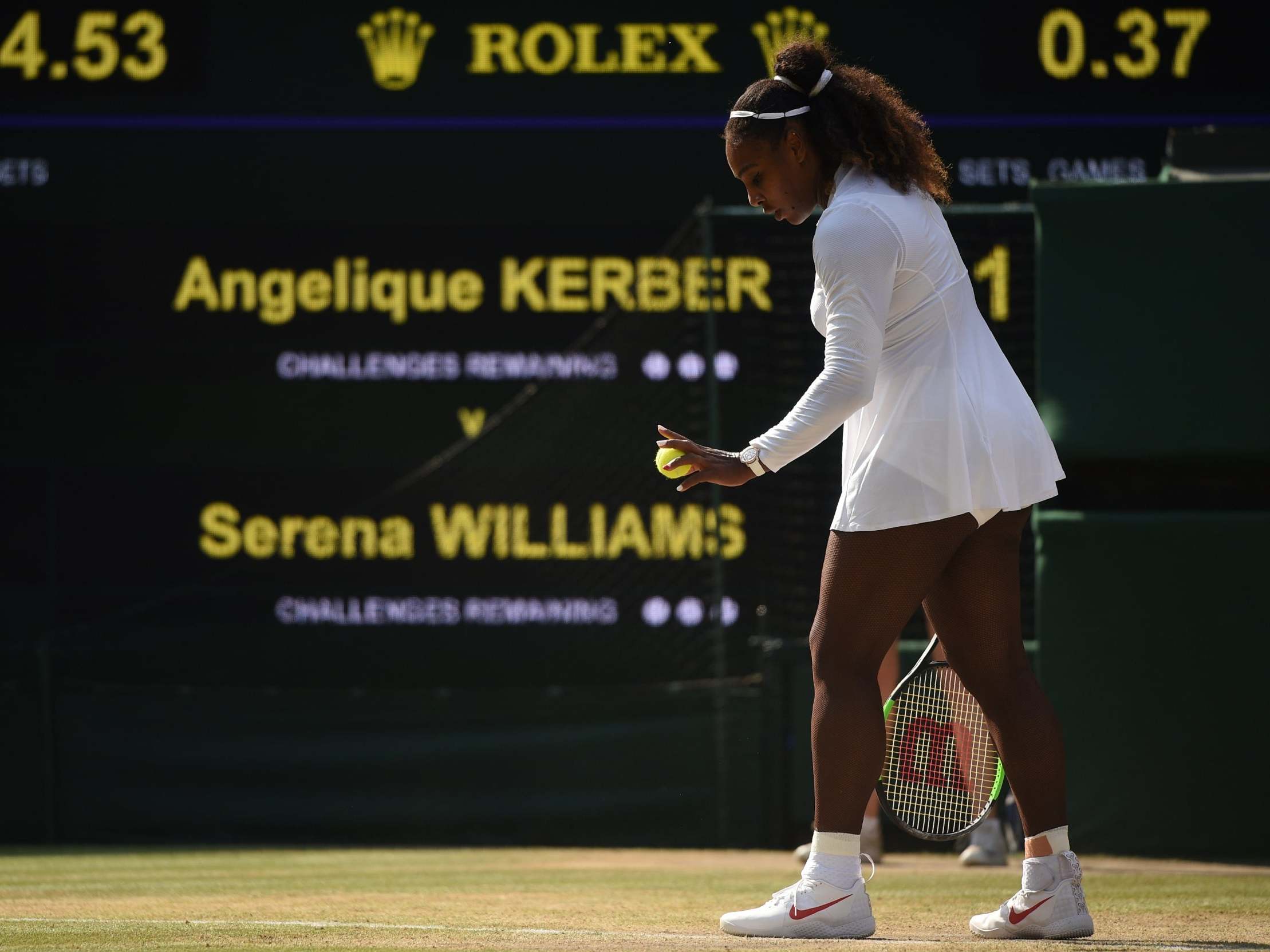 Each time my dad, a third-degree black belt in taekwondo, put on his dobok, he would stop and kiss his belt before tying it around his waist. As a kid, I thought it was just a superstition, like tossing a penny into a fountain. But he recently told me kissing the belt was actually to honour it, set an intention and to say, “I will do my best today while wearing this, no matter what comes my way.”

For him, the belt kiss wasn’t a superstition because it wasn’t about luck or trying to change an outcome. It was simply his special way of reminding himself in the moment to do his best. It was a ritual.

Rituals – or the tasks we perform repeatedly, not for what they accomplish but for what they mean to us – help athletes prepare their minds for the unknowns they’ll face when they perform. As a child psychiatrist, I see those rituals as anchors, not only for athletes but for all of us, to help us remember who we are and how to navigate life. By adopting our own rituals, we can bring calm, meaning and connectedness to our lives and families.

“Rituals allow you to create a pathway to connect your mind and body and feel in control during a time where there are a lot of unknowns,” says Caroline Silby, PhD, a sports psychology expert for professional athletes, including the US figure skating team. She says once that connection is made, we are “more empowered to respond and make effective choices.”

Kevin Love of the Cleveland Cavaliers says rituals are a support system for the mind. His 90-minute ritual before an NBA game is full of activities that families can try at home, like yoga, stretching and listening to mellow, atmospheric music by the band Hammock.

“I named the playlist ‘airplane mode’ because it’s a way for me to just shut off,” he says. Families might want to create their own airplane mode ritual on weekend mornings where they play songs they’ve chosen together and do their favourite exercises or yoga poses.

Love says that the league’s ritual of playing the national anthem and turning the lights off gives him “a sense of calm” going into the start of the game. His own rituals then allow him to settle in and feel more comfortable in his own skin during the game. Before every free throw, he dribbles the ball three times and waits an extra beat before shooting – a ritual he finds to be “super grounding” and a way to find focus.

His half-time routine is another ritual. “I change my jersey, shorts and socks so I feel like it’s a complete refresh,” Love says. “It really helps offset anxiety for me.”

Love’s experience is common. A 2016 study examined the effect of rituals on people who were about to sing publicly in front of judges or take a difficult math test with money on the line. The people who performed an assigned ritual beforehand – in this case, drawing a picture, sprinkling salt on it, counting to five and throwing it away – had significantly lower levels of anxiety and performed better.

Those findings may explain why so many athletes have developed famous rituals, like Steph Curry’s sinking a shot from the tunnel before each basketball game, Serena Williams’ bouncing her tennis ball five times before her first serve, or Wayne Gretzky’s putting baby powder on his hockey stick before a face-off. Those same rituals can help a parent or child feel in control of a stressful moment.

Dan Reagan, a jazz trombonist who plays with singer Marc Anthony and formerly with the Spanish Harlem Orchestra, says his favourite ritual is spiritual chanting, which he sometimes uses mid-performance to ease his nerves, heighten focus and give him confidence during challenging pieces. “The thing about rituals is this – you believe that it’s helping, so it helps,” he says.

Rituals also help us regulate our emotions. When parents ask me in clinic how to help their kids regulate their emotions, I tell them to squeeze clever rituals into their day, like having kids shake their limbs in a silly dance for a minute before a stressful car ride or a chaotic morning routine. Research suggests that rituals put the brakes on the parts of our brain responsible for emotions. Parents can help kids create their own “airplane mode” where they mindfully listen to music, colour or breathe deeply.

In addition to calming nerves and focusing the mind, rituals play a big role in reminding people who they are and giving them back a sense of power over their world, both of which are critical during times of stress and uncertainty.

Bradie Tennell, a 2018 Olympic bronze medallist and US figure skating champion, says her ritual is to lace up her left skate first and always step onto the ice with her left foot first. She says it helps her remember who she is and what she’s there to do.

“When you’re stepping onto the ice, you’ve got 20,000 people, judges, cameras, and lights that are so bright. It can be so overwhelming,” Tennell says. “The simple practice of stepping on the ice in the same way each time says, ‘This is normal, this is my territory, and nothing else matters around me except for this moment and what I’m doing here.’”

As long as rituals remain nice-to-have and not need-to-have, we can use them proactively as a way to feel in charge of our world before it takes charge of us.

Silby uses an exercise with athletes called Accept, Believe, Challenge that if turned into a ritual could help families deal with the pandemic just as athletes deal with a tough game.

“A child who is upset at not being able to see friends might say, ‘I accept that I can’t see my friends but I believe in my ability to talk to them so I’m going to challenge myself to laugh with them today over the phone.’”

Using rituals as “bookends” to the day can be especially grounding and create a sense of identity. Whether it’s by listing gratitudes in the morning or praying or reading before bed, the consistency creates something to look forward to and something kids and parents alike can feel ownership over.

Sharing rituals, like eating meals together, can also be powerful in making families feel more connected. In a review of 50 years of literature on the topic, family rituals strengthen relationships between family members, increase a sense of identity and values, and even improve marital cohesion.

Anne Fishel, PhD, a psychologist at Harvard Medical School and co-founder of The Family Dinner Project, pointed to dinner rituals. “Family dinner rituals tend to be quirky and particular – who sits where at the table, when we eat, what foods are on offer, what kinds of stories get told, what games and silliness happens, what emotions are encouraged to express,” Fishel says. “They remind us who we are as a family.”

Love, who dreams of some day having a family and eating dinner together as a ritual, added, “Rituals have a way of making us feel like we are part of something bigger than ourselves.”

Eating dinner together is not the only way to share a ritual. Tennell, the Olympian skater, says that before she skates, her mum always says, “Go skate like you know how,” and her coach says, “Bend and breathe.”

“They’re like my mantras that ground me,” Tennell says. “When everything goes silent I tell myself ‘they’re right, I got this,’ and then I hit my starting pose.”

Families can come up with their own mantras, with kids driving the process. “A mantra like, ‘Go be a kid today’ really says, ‘I love you and I’m keeping you protected,’” Silby says.

Whether it’s having Mexican food with your spouse on Fridays, a weekly sibling FaceTime chat or a secret handshake with your toddler before brushing his teeth, creating rituals can help you find meaning in the small moments and make you more resilient through the times of stress. As Love put it, “I think you get the best out of yourself by having things like this.”

Neha Chaudhary, MD, is a child psychiatrist at Massachusetts General Hospital and Harvard Medical School, co-founder of Stanford Brainstorm and is working on a book about raising emotionally healthier kids through the small moments.